What Happens to Your Plastic Bag After Usage? 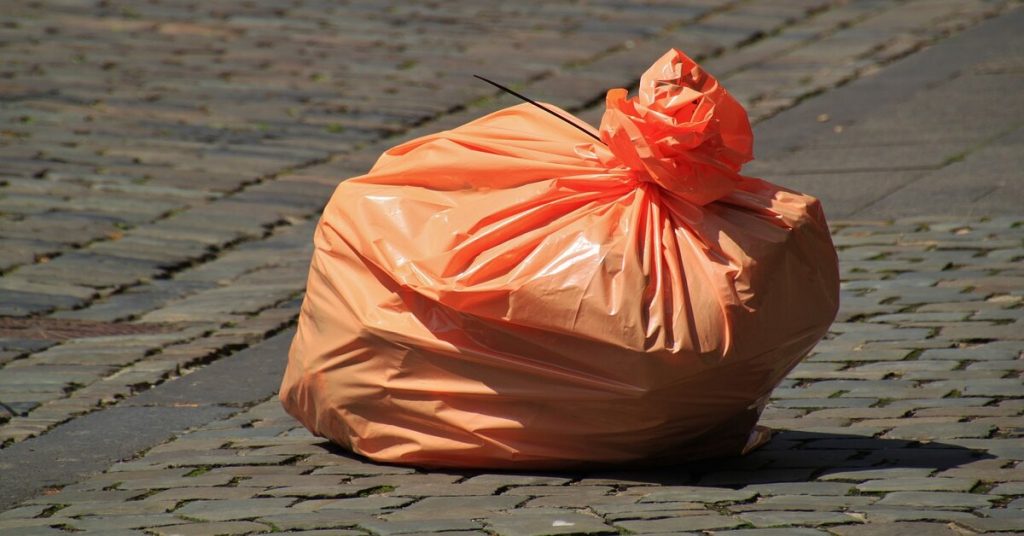 Think about the first thing that you always ask for before leaving the grocery store. Yes, it’s a polybag. Our dependence on plastic bags can be estimated by the fact that we need them at all places chiefly because they are water-resistant, strong, and easy to carry.

1. Data on plastic bag usage says that almost a hundred billion plastic bags are used by Americans every year.
2. About 8 percent of the global petroleum resources are thrown up in plastic bags’ production.
3. Plastic bags have an average lifespan of around 12 minutes only i.e. they are discarded after one-time usage.
4. Plastic degradation process takes hundreds to thousands of years thus creating a global plastic waste management crisis.
5. In the USA, about 25 children suffocate every year due to plastic bags.

The evolution of a giant (problem)

You will be surprised to know that plastic was created to reduce the burden on the wildlife to manufacture durable and easy-to-mold materials. But little did anyone know that a small polymer compound will one day stretch into a giant problem. The impact that plastic bags have had on our lives is huge due to their extra long life, low costs of production, and lesser energy consumption. But the problem lies in the plastic bags’ waste and the rising heaps of waste plastic bags in the environment are now becoming a threat to the wildlife- terrestrial as well as marine. The negative impact of plastic bags has already overtaken the benefits. Let’s take a short journey to understand what happens to plastic bags after usage.

The truth about recycling that no one told you about

We all assume that all the plastic bags used and thrown by us are taken away by the garbage collectors and sent to the recyclers. But not all of what is sent for recycling gets recycled. Plastic bags recycled from the source (namely the stores) are processed and reused but the other ones usually end up in the landfills where they become the reason for multiple types of pollution and environmental and health hazards. Moreover, the thicker bags that cannot be cleaned are discarded by the recyclers as they shoot up the costs of recycling and slow down the process.

The horror of choked seas and gasping beaches

The first thing that the oceans puke back after every cyclone is heaps of plastic waste and plastic bags comprise the biggest part of it. But how does this waste end up in the streams? The answer is “through us”.
Visitors flocking to the beaches or riversides often carry food and other items in water-resistant plastic bags and before leaving, forget to put them at the right place i.e. closed recycle bins. These plastic bags are then swallowed by the streams and ferried to the seas and oceans. Some of these films get stuck in the corals and suffocate them and some keep on floating on the surface of the narrow creeks and straits barring the regular flow of the waves and creating a breeding ground for harmful bacteria. Around 300 million plastic bags choke the Atlantic Ocean every year. This not just makes these picturesque sites look grotesque but also shoots up the costs of cleaning and management.

The Smaller, The Scarier

Very often, the marine creatures get entangled in the larger floating debris and die out of starvation and suffocation. But the smaller broken or shredded pieces of plastic bags pose even wider crisis. These particles are consumed by the fish, turtles, and birds which mistake them for food. Studies have found that these fish and seabirds intoxicated by the plastic microparticles become a part of the human diet as well and can cause untreatable diseases including different types of cancers . Times and again, scary pictures of dead whales choked with tonnes of plastics make it to the internet revealing the horrors of the menace of plastic bags in the marine environment.

The solution lies in the source

Plastic bags in themselves are no problems till people know how to use them wisely and under control. What needs to be understood is that more usage equals more wastage. So, the first step to control the menace of plastic bag pollution is to control their usage and the second step is timely and scientific recycling.
Reducing and recycling plastic bags at their source (grocery stores, supermarkets, etc.) can help ease the plastic waste management and prevent thousands of tonnes of plastics from ending up in landfills or water bodies. Plastics are better helpful till they rule our life and until they ruin it. So, awareness is the key to tackle this looming crisis.

Know the difference between Compostable and Oxo-Biodegradable 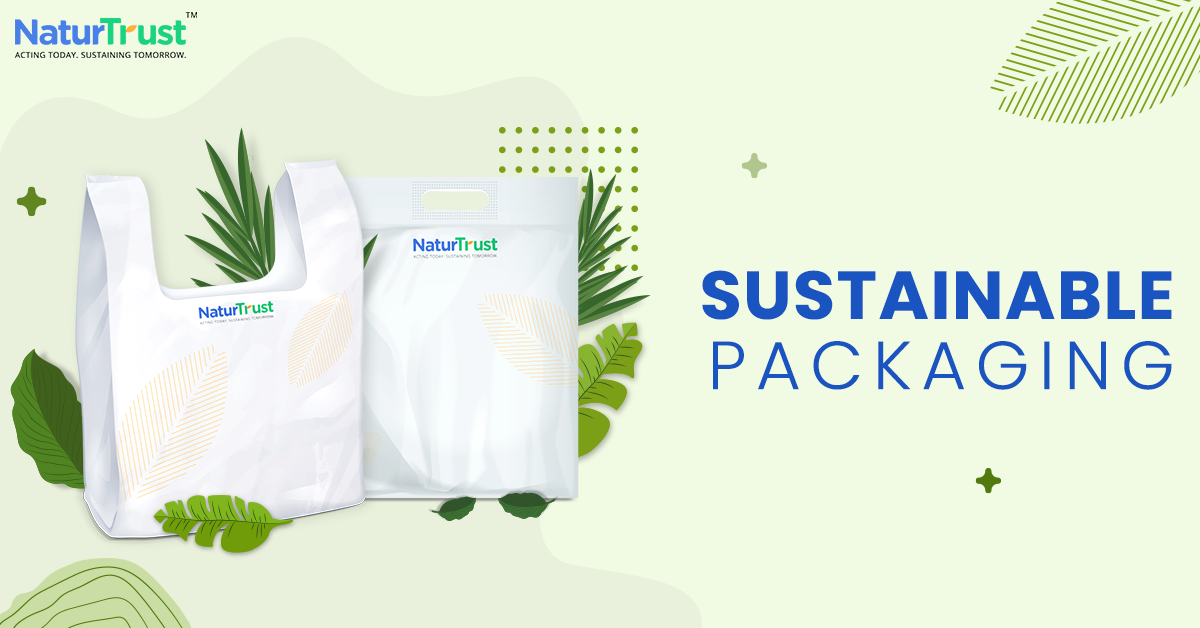 What sustainable packaging offers us? Are Compostable Bags the Best Alternative to Plastic Bags? 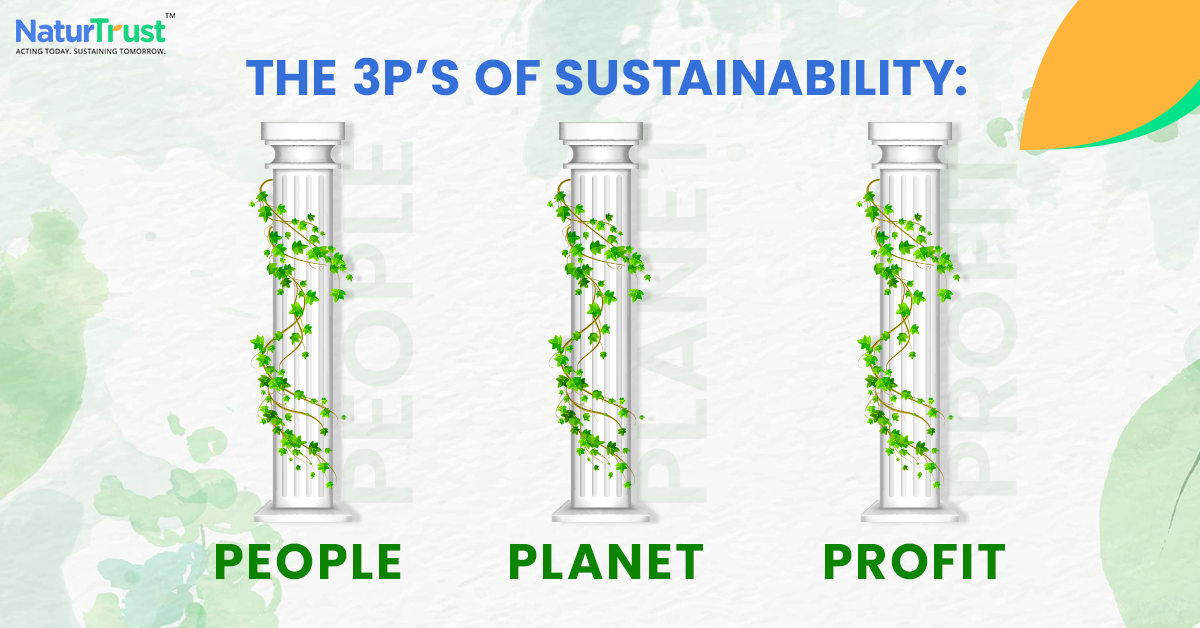 The 3 P’s of sustainability